Due to heavier than normal order volumes, all products are currently limited to a maximum quantity of 40.
Our fulfillment team is working tirelessly to ship all orders.Please expect 3 - 5 business days for your order to be shipped.

Many of today’s shooters are entering a world of firearms that is overwhelming and filled with experts. Typically, a new shooter buys a platform before they understand the differences in ammunition and what might fit best for them in terms of how, and why, they want to shoot. Considering your caliber and your goals is as important as the gun you may purchase. Here’s a brief on some of the more popular ammo types and things to consider when looking for firearms.

Most modern handguns in use today are either semi-automatic, magazine fed pistols, or revolvers that use chambered wheels to cycle ammo. The variants on these guns are as broad and differentiated as the ammo types available to the shooter, however, they typically are connected to a few calibers that are the most popular and standardized among shooters for practice, competition and self-defense.

The 9x19mm Luger handgun ammunition is largely considered the most popular handgun ammo in the world, by a large margin. Both in civilian, police, and military mediums, the caliber ranges from the most basic self-defense weapons, to use by the world’s most highly trained military operatives. This caliber offers a large number of variations for use case scenarios - all depending on the demands and needs of the shooter. The caliber is also used by some of the most well-known and durable brands, such as Glock, S&W, Sig Sauer, and F&N. Shooters considering this caliber will want to know that is considered a lower recoil, higher capacity option, but may lack stopping power. It is often used for concealed carry purposes, due to its smaller size and ability to interface with handguns that have a smaller profile. 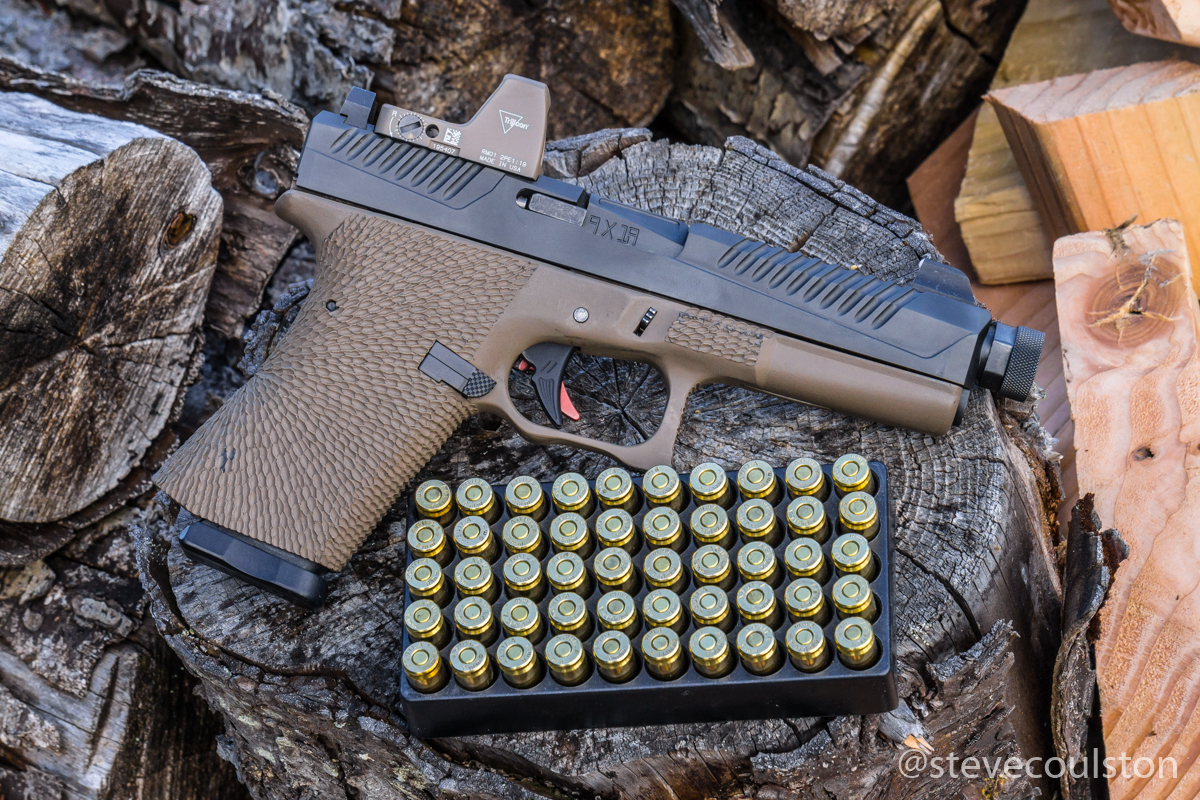 This unique cartridge was developed by the FBI as a go between for the 9mm and .45 ACP - balancing weapon size, with capacity, but some the traditional desires for law enforcement. The .40 S&W is often seen as the bridge between stopping power and lower profile self-defense weapons, as well as increased capacity. This caliber is ideal for users that can handle higher recoil and still keep their firearm accurate, but want a bit more out of their weapon for self-defense. The caliber is also popular, thus widely available and plenty of supply - being in stock even when more popular calibers are in a shortage.

The .45 Automatic Colt Pistol is often considered the gold standard in American semi-automatic pistol caliber. Developed at relatively the same time as the 9mm, it became the standard ammo caliber for weapons for the American military for nearly 100 years, the most notable pistol being the 1911. This caliber is known for its stopping power and status and has been primarily considered a “combat” ready caliber - known for greater recoil and reduced accuracy in smaller, compact models. This is a good option for shooters wanting a more powerful ammo type, or something more robust in home defense. Overall, it’s a legendary caliber and 1911 that chambers it is considered to be one of the most battle tested pistols a shooter can buy.

.357 Magnum, which is the same case as .38 special, is well known, well regarded revolver ammo. The caliber can be chamber into some semi-automatic pistols, but has always been regarded as a revolver first ammo option. Renowned for stopping power and use in lighter revolvers, caliber became synonymous with policer services weapons and more recently as a big-game cartridge (hunting). If you are considering this as a hiking gun, or even stalking, or just want a big boom to scare off potential intruders, the .357 Magnum is a great choice - but make sure to test a firearm and experiment before finalizing a decision.

Regardless of your opinion on the actual Cadillac vehicle, anytime a gun is called the “Cadillac”...

Often, firearms are the focus of most of the fanfare and chatter on the internet. However,...

Over the next few months, we’ll be starting a new series of articles dedicated to upgrades...